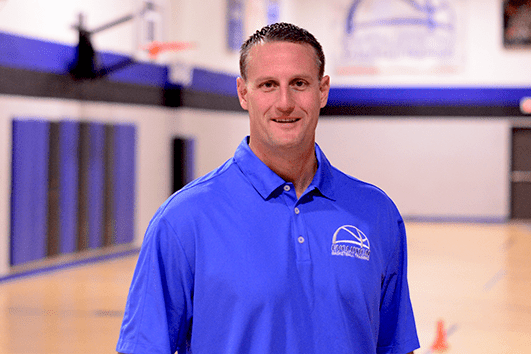 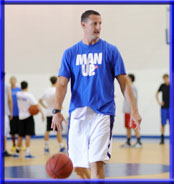 As I look back on my days at Gonzaga HS, there is no doubt the time spent there laid the foundation for the coach I am today. I was fortunate enough to learn the game of basketball from some of the best coaches around. My head coach, Dick Myers, was one of the most successful coaches in the history of the high school game. But along with his assistant coaches, he was even better known for his emphasis on fundamentals and a strong understanding of team play. The countless hours of training and repetition under the watchful eye of Coach Myers and his assistant coach, Bill Whitaker, not only taught me how to play the game the proper way, but also inspired in me the idea that when my playing career was over I wanted to have an impact on young players similar to the one that Coach Myers and Coach Whitaker had on me.

My basketball career after Gonzaga was a mixture of achievement and rewards along with difficulties that I did not foresee. I began my career at American University in storybook fashion. My freshman year I was given the opportunity to start and play about 30 minutes a game, and was even named to the CAA All-Rookie team, which was a dream come true. It seemed like everything was going just the way I envisioned. Unfortunately, I suffered an injury my sophomore year which knocked out the whole season. Then AU made a coaching change and it became obvious the new staff wanted to go in a different direction, so I decided to transfer to LeMoyne College in Syracuse, NY to complete my two remaining years of eligibility. Similar to how my career at AU had begun, things started out great at LeMoyne. I quickly earned my way into the starting lineup and had quite a bit of success. But once again my season was derailed by an injury, this time due to an ACL tear in my knee. Even though I worked hard to return to game shape, I was six months behind everyone else and went into my senior year not fully prepared physically. Consequently, I had quite a roller coaster ride of a season and from game to game I didn’t know what to expect. I actually had my career high of 25 points one game and then the effects of the knee injury flared up and I had 0 points the next game. The upside to my time at LeMoyne was that my coaches were great teachers of the game, similar to my time at Gonzaga, and I am still grateful for everything I learned in college including how to deal with adversity, as well as great methods to teach the game of basketball. This whole journey from high school through college has made me a better coach.

After graduation I became a teacher and coach at St. John’s Prospect Hall (Frederick, MD) but quickly realized that teaching in the classroom wasn’t for me. One of my co-workers at St. Johns said to me one day, “find what you love to do and make it your job, and you’ll never go to work again for the rest of your life.” I took that statement to heart and realized that being a basketball trainer was what I truly wanted to do. I look back on my days at Gonzaga and have such fond memories of all of the hours spent in the gym for practices and workouts, and I know now those workouts are the part of the game I love the most. Don’t get me wrong, I love the games and the competition, but preparing for the games is where I feel I do my best work.

I am forever indebted to those who instilled in me the excellent coaching techniques and desire to teach the fundamentals of the game that has meant so much to me over the years. Throughout my career, my coaches poured their time and energy into developing me as a player and person and I feel driven to follow in those same footsteps by passing along, to the players I am able to work with now, the knowledge and passion for the game that others instilled in me. 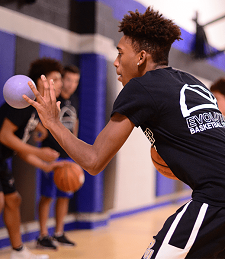 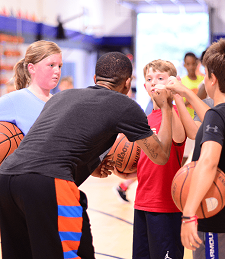