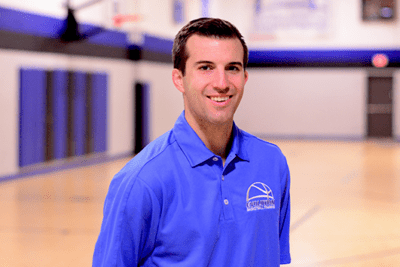 Basketball is a sport that truly resembles life. Everything can be going really well and then all of a sudden things stop and change on a dime. It is a game of runs and we must learn how to confront, deal, and adapt to changing conditions. This has been no different in my life, and I am fortunate to have had great coaches along the way to help me through the process. 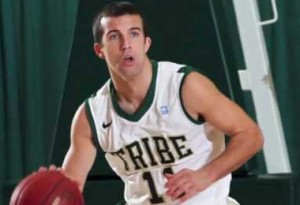 My first change was moving to Northern Virginia in 7th grade and seeing the high level of competition in the area. That competition helped me improve and created a sense of urgency and commitment to develop my game. New to the area, all I had learned was that the WCAC was the best high school basketball conference in the country and I wanted to compete against the best. I decided to attend Bishop O’Connell, and many people in the area were surprised. They had many highly touted players and no one thought a 5’8 kid from Leesburg could do much in the WCAC. This only added fuel to my fire. I started my freshman summer sitting on the bench, but by the midpoint of that first season I was a starting PG for the varsity team. It was a great season; we beat DeMatha (#1 in the country) and then won the State Championship. I learned early in my high school career that hard work pays off. You might not see an immediate result, but if you keep grinding away day by day, the results will someday come.

After a frustrating, but successful sophomore season, life took another change of course which resulted in me attending the Flint Hill School. Flint Hill was definitely the greatest high school experience one could ask for and the two years playing at Flint Hill were my favorite two years playing basketball. I was able to have a great all around high school experience, playing football, basketball, and baseball while writing for the school newspaper, and playing in the school’s jazz band. Coach Reed’s energy filtered down into the players and we had two very successful seasons winning two conference championships, and beating a nationally ranked team, while posting two of the highest win totals in school history. Coach Rico Reed at Flint Hill was not only a great basketball coach, but a caring mentor. In my two years playing for him, I realized how impactful a coach- player relationship can be and he laid the foundation for what I wanted to do with my life. I will always remember my time at Flint Hill and the impact Coach Reed had on my development.

After an amazing experience at Flint Hill, my hard work and determination granted me my next opportunity to attend The College of William and Mary and play basketball as a non-scholarship walk-on. The next four years were some of the most trying and difficult times of my life. From playing very sparingly my first three years, to the extremely difficult course work, it was definitely a challenge. Because of what I had learned in prior experiences, I continued working day by day and by my senior year, I was awarded a full scholarship. I started two games and was honored by my teammates as they voted me a team captain my senior season. This is one of the things I am most proud of in life as it is not common at all for a walk on to earn a scholarship and even less common to be named team captain.

Upon graduation, I had a few business job opportunities, but realized that I wanted to help people in a way in which my coaches had helped me. I understood that not only did my coaches help me become the best basketball player I could be, but they also helped me learn how to face real, every day challenges in life.

My first coaching opportunity was at Salisbury University. Coach Josh Merkel hired me in 2013 to be his assistant coach and “recruiting coordinator”. Over the past two years I learned more about the game and what coaches look for in players. More importantly, Coach Merkel taught me how to develop relationships with the players that you coach. He not only taught the game, but also tried to teach life skills to his players, which is something I will certainly emulate.

I have recently been granted the unbelievable opportunity to work with Evolution Basketball. I knew this was the right decision for me because it reminded me of the one other time when I was so passionate and dream focused…. when I wanted to play collegiate basketball. I want to be able to help players to see their hard work pay off, help them reach their dreams, and then help them dream even bigger. What I learned and received from my coaches goes way beyond any stat sheet, award, or piece of paper. I am honored to be able to be in a position to do the same for others. 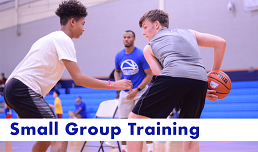 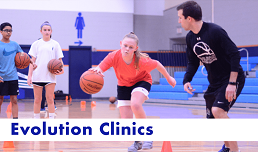 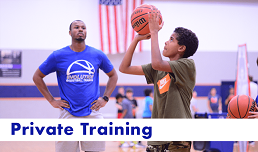 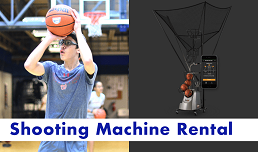